Cause I'm still working
The unvieling of the most recent addition to the Slasher series at the St. Louis Art Fair in Clayton, Mo was a great success!  "Summary Executions Under the Slashers of the USA", oil on panel, inspired by the Candyman movie franchise and the neoclassical painting of the same "Summary Executions Under The Moorish Kings of Granada" by Henri Regnault 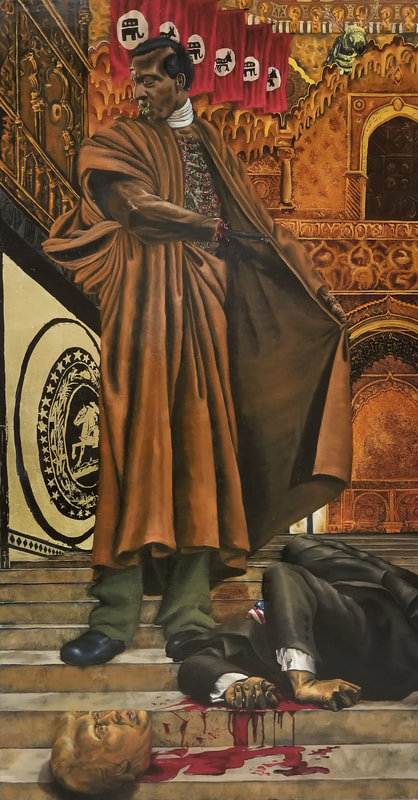 Be sure to mark your calenders for the St. Louis Art Fair in Clayton, Mo, September 8, 9, and 10 and make sure to stop by the Emerging Artist booth and say Hi!
​
"Pygmalion and Galatea" for the Slasher series is complete!  Inspired by the Wishmaster movie  series and the neoclassical painting of the same name by Jean-Leon Gerome. 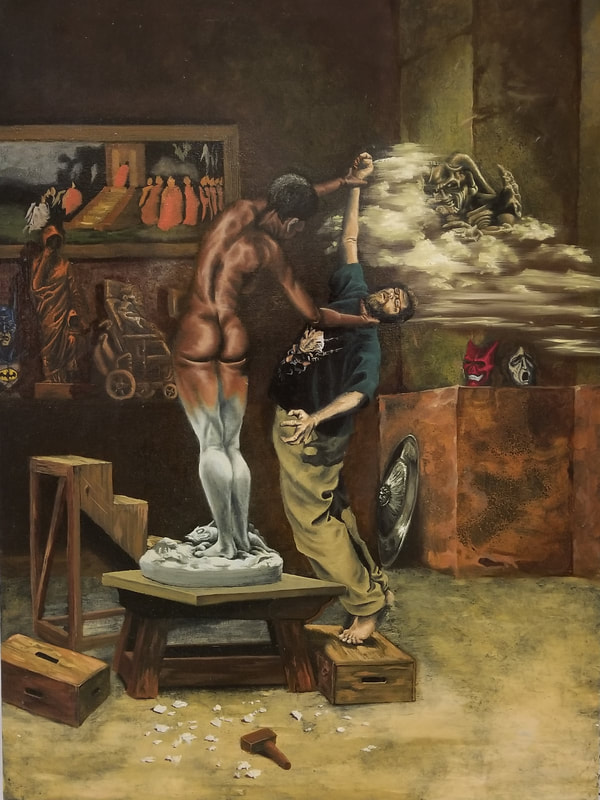 April, 2017 - Current projects - Shown is the progress on my Pygmallion and Galatea piece for the Slasher series with inspiration from the Wishmaster Series.  Soon to be posted will be an update on the Untimely Execution piece, which will be based on the Candyman movies. 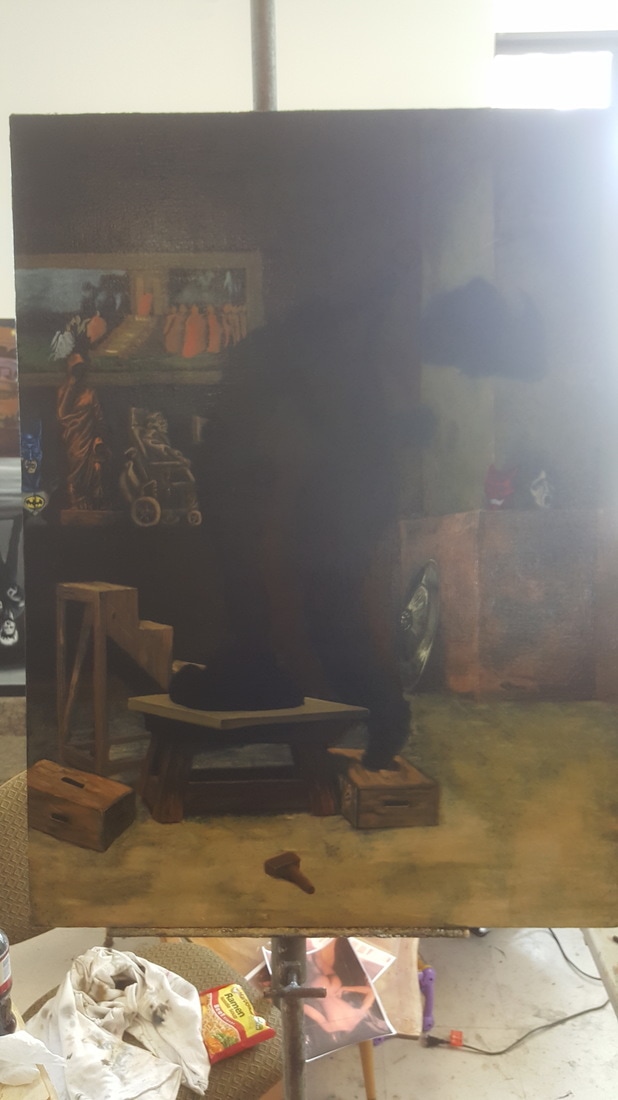 April, 2017 - Las Meninas is finally finished!  Based on Las Meninas by Velasquez and Hellraiser by Clive Barker. 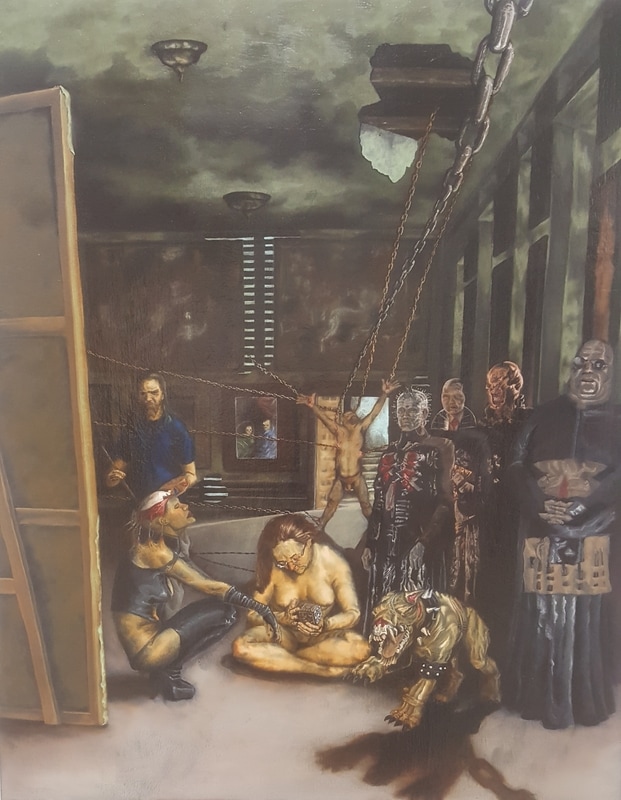 2016 - Current work in progress for the Slasher Series based on Las Meninas by Velasquez with figures modeled after friends and characters from the Hellraiser franchise. 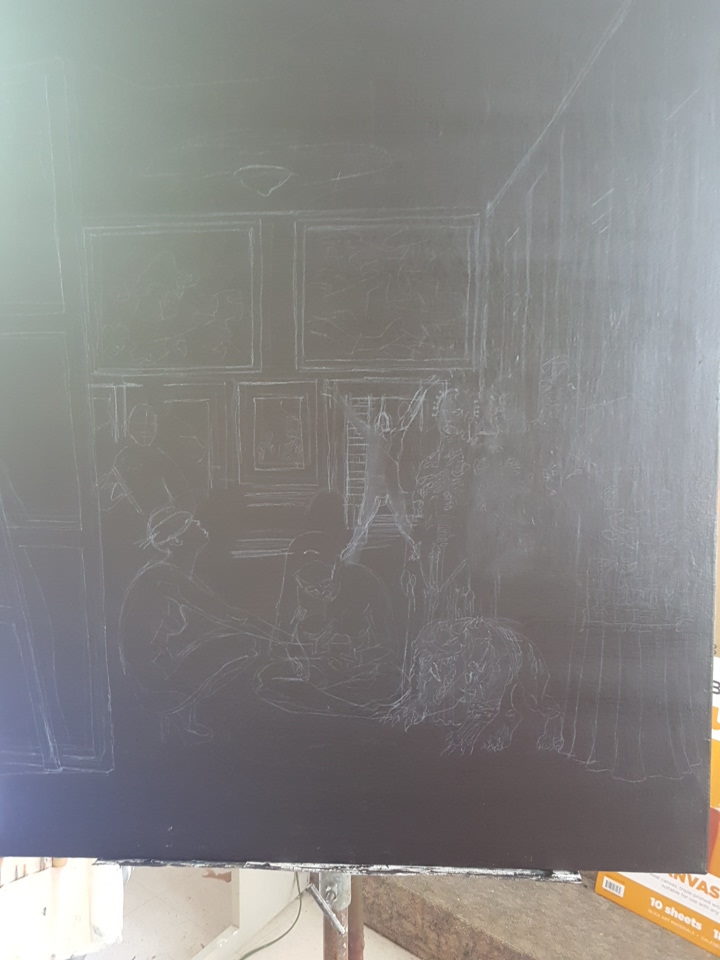 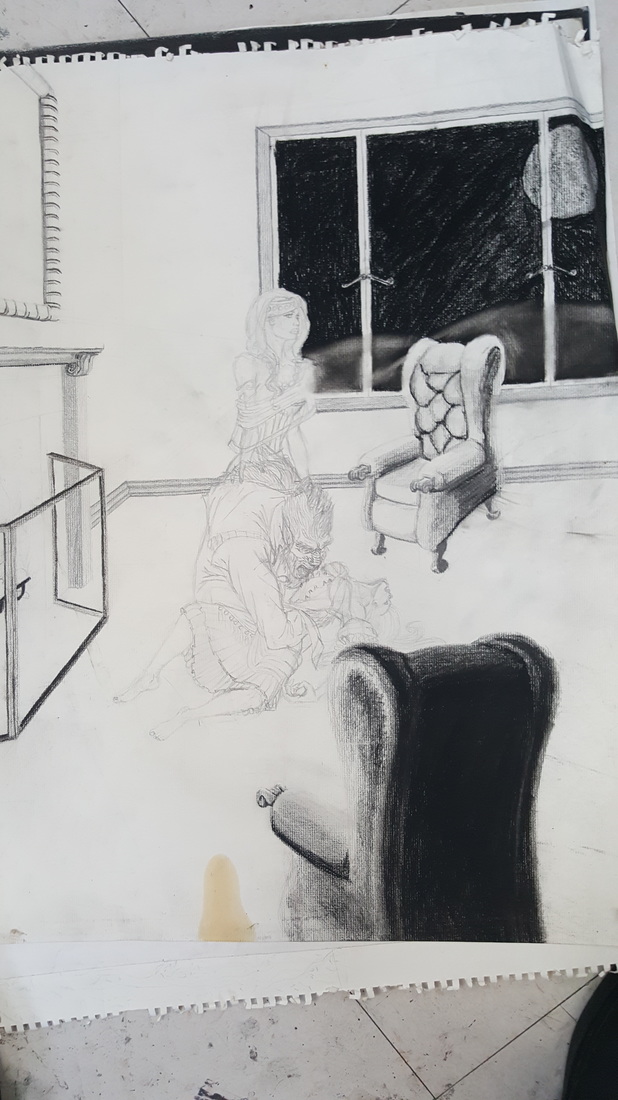 In Progress drawing of Charon at the River Styx 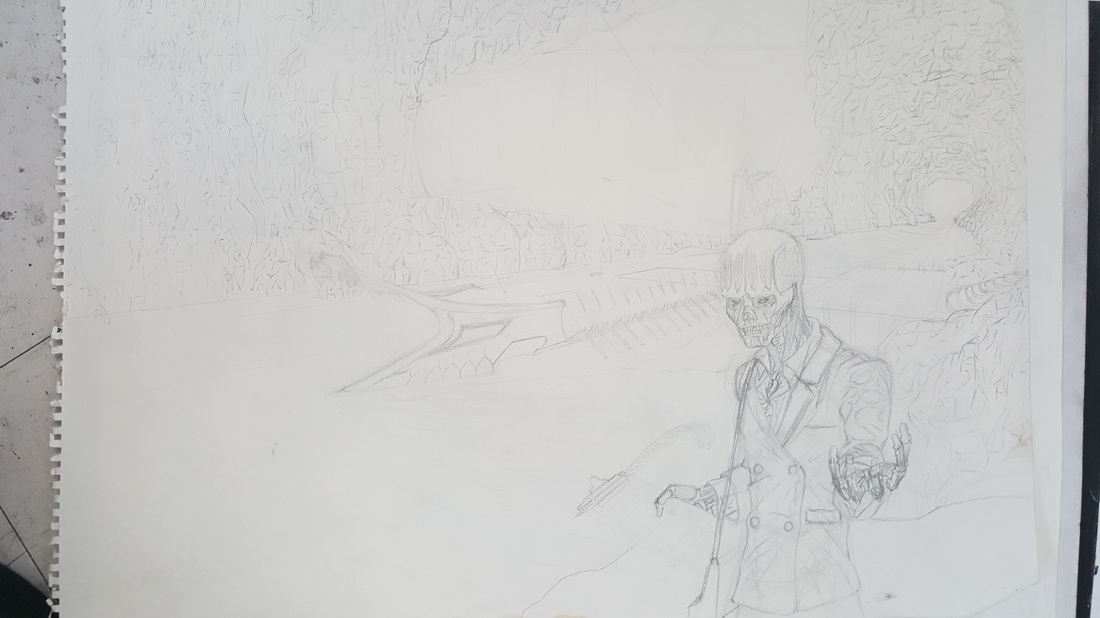 In Progress splash page for Reinterpreted pages from The Long Halloween 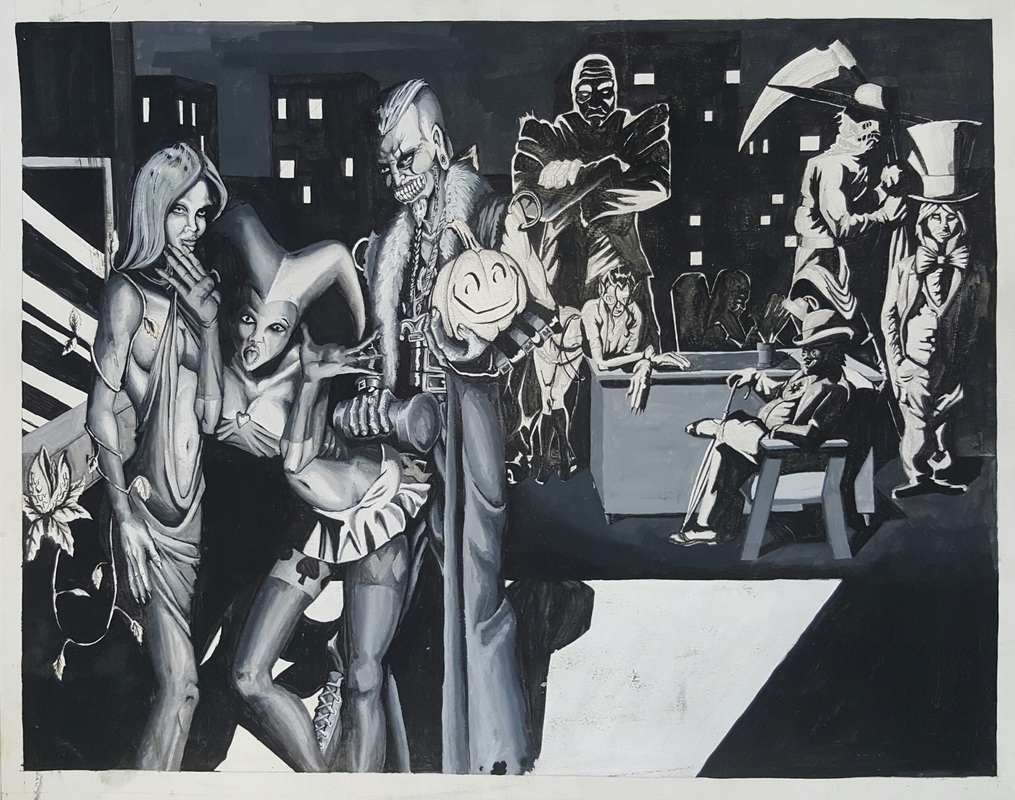 In Progress Sleeping Beauty for Pin Up Fairy Tales 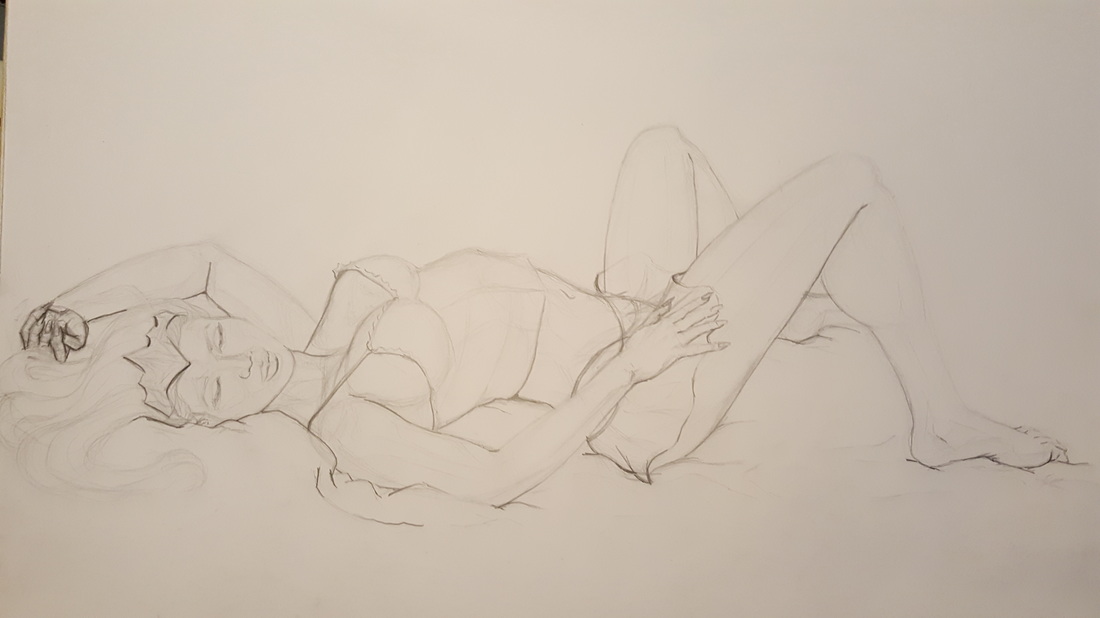 2016 The official website for Sam Baz Art is up and running!